What Happens During a LOCKDOWN in a school? 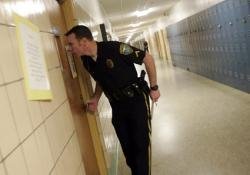 This post was written several years ago (2006). . . it is one in a series. I'm weary of repeating myself about this issue, but today it's painfully clear that we still need to talk about it all. As we grieve for the families of students from Stoneman Douglas High School in Broward County, Florida, we may wonder what happens in a school lockdown. . .


Today was my first day back on the job as a classroom teacher after ten years. We had a faculty meeting and the topic of the day was crisis intervention procedures.

In the shadow of the recent school shootings, the safety of our student body and staff was uppermost in our minds. We ran through the list of things we, as teachers, are responsible to know how to handle. It goes way beyond fire and tornado drills. Here's a sampling:
And. . . LOCKDOWN - Something teachers at three different schools over the past 10 days had to deal with. At least I assume they had to deal with it. I don't know what the procedures were at the Amish one room schoolhouse in Pennsylvania, but I know what is supposed to happen in the majority of schools around the United States.
Do you?
If your child attends a public school, he probably has experienced a LOCKDOWN drill. As a parent, it never even occurred to me to ask.
After today's faculty meeting, I know ALL, and I think it's important that every parent know as well.
Here's what happens. A staff member calls "Students and staff, we are in a lockdown" and then teachers take on the responsibility for what happens next.
All I could think to myself at this point was, "Welcome back to school, Vicki!"
Once you hear, either through a school communication system or on the news, that your child's school is in LOCKDOWN, you will probably experience a strong sense of panic and protectiveness. At this point, it's important that you don't do anything that might endanger your child or anyone else at the school. How might this happen?
My advice to parents is to ask your school's principal what the LOCKDOWN procedure is at your child's school. There may be some nuances from state to state. I also highly recommend that PTA's take it upon themselves to educate parents and give them an opportunity to ask and have answered any questions they might have. The time to deal with this sensitive issue isn't out in front of the school screaming at a law enforcement officer, but now, before there's any reason for a LOCKDOWN.
Yes, this is the world we live in. Although I suspect that schools in England, Ireland, Israel, Iraq, and Iran might have a slightly different set of procedures.
Then talk to your kids and make sure they know what they're supposed to do. My 16 year old told me that they did have a LOCKDOWN drill but the kids weren't quiet and didn't take it seriously. We need to remind our children that "obedience keeps you safe." They need to listen to their teachers and do exactly as they're told.
And he didn't know what he was supposed to do if he was out in the hallway when the LOCKDOWN is called.
Does yours?


Read the next post in this series. . .
Posted by Vicki Caruana at Thursday, February 15, 2018
Email ThisBlogThis!Share to TwitterShare to FacebookShare to Pinterest 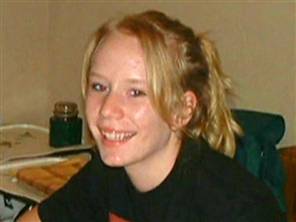 Emily's dad, John Michael, did the two things I advised last week that he do. And I'm really glad he did.

I'm not recounting my advice to parents who are dealing with a lockdown at their child's school, but I'm allowing myself to see it from a desperate parent's point of view. After all, I am the parent of two high school boys myself.

Emily's dad, John Michael, went to the school, but stayed behind police barracades waiting for word about his sweet girl. When it was obvious that she was one of only two girls left inside with this maniac, John Michael was brought closer to the scene by a fireman friend. "I just needed to be closer to her," he said.

John Michael did not call his daughter on her cell phone, but he did text message her. Her response, her last words to her family, made it worth the risk.

That text message has been saved on his cell phone for posterity. Looking at it, even if hundreds of times a day, would be a comfort to me. How about you?

Many parents I've spoken with just want to know how to talk to their kids about the shootings. I don't need to reinvent the wheel here, so I direct you to some pretty good advice given by NBC's Nancy Snyderman.
The rules we try to enforce are meant to keep us safe. The advice I gave in my last post still stands. But there is no way on this earth that I would dare tell a parent of child caught on the inside of a potentially explosive and fatal lockdown to back off.

"Live with the least amount of regrets," my mother always said. The parents of Emily Keyes have no regrets about how they handled themselves that day. And how they're handling themselves now is a testimony to their character.

Posted by Vicki Caruana at Thursday, February 15, 2018
Email ThisBlogThis!Share to TwitterShare to FacebookShare to Pinterest

Third in a series of three posts. . . I updated this post to reflect yesterday's horrific school shooting. Final words for today. . .

Today as we return to school after the horrific events at Sandy Hook Elementary in Connecticut UPDATE: Stoneman Douglas High School, teachers and parents alike are apprehensive about how to talk to kids about what happened. There are more questions than there are possibly answers. Why are 20 first graders dead? What do we say to those that are left behind?


The public wants to know why our schools are not safe. They want to know what we are doing about it. All I can say is that we, as educators, are doing everything in our power to keep children safe.

But it's not easy. After all, the United States is the most violent country in the industrialized world. What happens in schools is a microcosm of what happens in our society.

Schools are doing all they can to prevent violence to students and teachers. School security has increased exponentially. Zero tolerance for bullying is in place. Teachers receive extra training in order to recognize and diffuse suspected violent behavior. They are trained to identify “at risk” youngsters; what to do in a gun emergency; made aware of the different groups at their school and their issues/traits/appearance. Teachers are also trained how to “talk down” a violent student.

As a parent I don’t have that training. Do you?

After each tragic incident, teachers put aside their own fears and concerns and turn their attention to their students. Often when bad things happen, either in the world or in their communities, kids are in school. The first adults they encounter to help them make sense of it all are their teachers.

School was in session when JFK was assassinated.

School was in session when the space shuttle Challenger exploded.

School was in session when terrorists attacked on 9/11.

And school was in session on Friday, December 14, 2012 when someone shot and killed 20 children and 6 adults at Sandy Hook Elementary. UPDATE: Stoneman Douglas High School, Broward County, Florida.

Although it would be preferable that parents are the ones who have the first opportunity to explain tragedy to their children, often it’s the teachers who fill that role. The lesson of the day is put aside and the lesson instead becomes “What happened? Why did this happen? And could it happen again?”

After 9/11 one New York teacher posted on the internet, “No matter how upset we are by the grim reality that our country is not as safe as we would like to believe it to be, we have to offer our children some semblance of security in their world.”

Teachers are on the front lines of this battle every day. And they’re scared too. Some of them have been killed too. For some, this is the reason to leave the profession. Like so many firefighters after 9/11, those who teach are looking for a safer profession. As much as we need them to stay, as much as they’d like to stay, the truth is they’re leaving in droves.

We need to thank them for taking a bullet for us parents when they stand stubbornly between violence and our children. UPDATE: Aaron Feis, football coach at Stoneman Douglas High School, did just that on February 14, 2018 - No one has greater love than this, that someone would lay down his life for his friends. John 15:13

Those who go unappreciated for an extended period of time eventually leave. It’s one of most commonly cited reasons women ask for a divorce. Teachers are no different. A heart felt thank you goes a long way. No finger pointing. No suggestions that they arm themselves. Support them through word and deed. 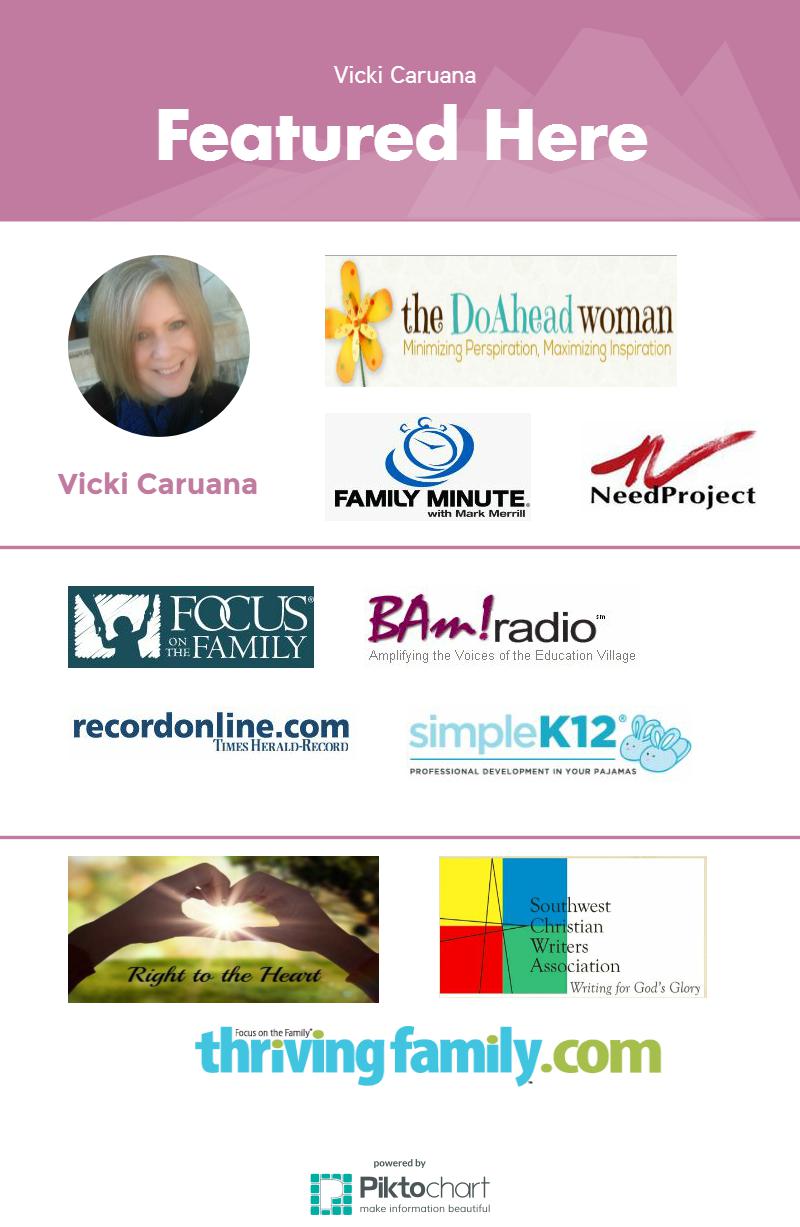 The ABC's of Homeschooling

Kisses of Sunshine for Sisters

Promote Your Page Too